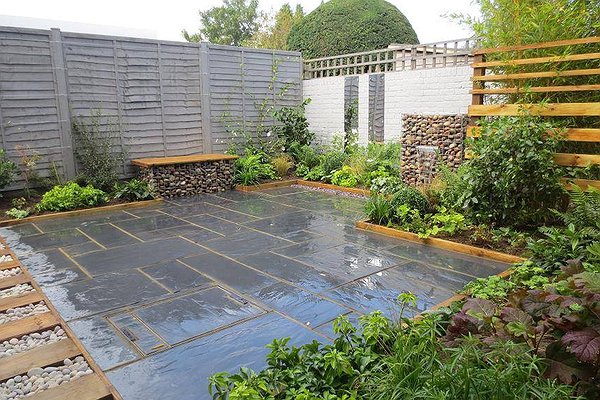 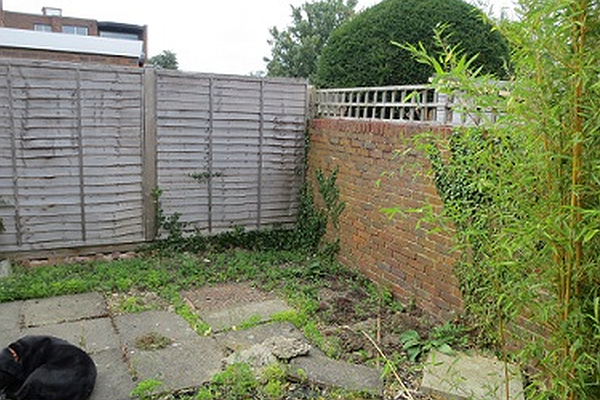 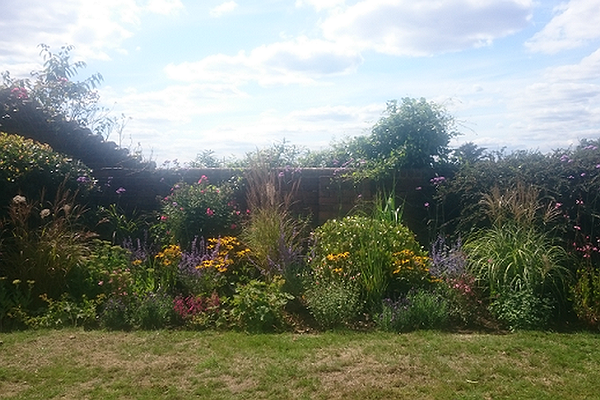 R H Garden Designs were commissioned for this project after the client met Richard while viewing his show garden entry at the south of England show. The client brief was to include features found in the show garden while creating something new.

The design incorporated the sleeper path from the show garden on a larger scale, also included two mirrors attached to the main back wall. The gabion cage idea which attracted the most attention was developed into a large bench while another cage was created to contain a cascading water feature.

A slatted fence was installed to serve as a barrier between the Bamboo and the garden, which instantly transformed the garden.